ONE YEAR IN MY #WRITERSLIFE JOURNEY IN #AMWRITINGROMANCE BY BARBARA JAMES 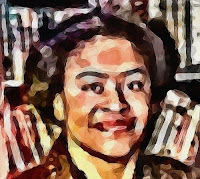 I just reviewed the first notes that I jotted down when I began writing my first novel, Starting Over: Rick. My first entries began in late March of 2017, just about year ago. I wasn't even on Facebook or Twitter. Now, I'm part of different writers' groups on Facebook, I tweet on a regular basis, and various writers' tweeting groups draw me in as a means of keeping me inspired and thinking about my progress.

So how has this year been? It has been an amazing one, of incredible learning. When I first began, I had merely been a reader for many years, but I had experience as a writer, and with traditional publishing, just not in this genre. Plus, I had been blogging for a while. Those blog entries were like expository essays, however, not novels!

Writing romance novels had been on my mind since sometime in 2016. I was doing freelance writing, some marketing work, but the projects in my field were drying up, and I wanted something else to do. I was inspired by a few authors that interested me, and it seemed a number of my favorites were starting to go the independent route. I started researching and learning. I joined RWA and sent in my paperwork for our NYC chapter.

But I couldn't attend the meetings in May and June, as I had some conflicts. I only attended my first meeting in July, and by that time, I had taken a class through RWA for those interested in indie publishing. I was writing away and had found a developmental editor through Reedsy, a site for finding freelance writing professionals. RWA members were getting discounts. In retrospect, it seems to me that editors can be like graduate school advisors. They beat you up and make you become better writers. A saying I once heard encapsulates the sentiment, "It's business, nothing personal!" This message was reinforced at our chapter meeting last month, when we heard from editors Madeleine Colavita of Forever Romance and Elle Keck of Avon, each of whom talked about the editorial process from the publisher's end.

If I had gone immediately into pursuing the traditional publishing route, I'm not sure I would have had the intense one-on-one experience I had with the expert editor who helped me polish Rick's book before it came out in August of 2017. When I participated in a Goodreads writing group in the fall, I could see my own growth as I writer. The guest speakers who presented at our chapter meetings taught me as well. I made note of these lessons once I began working on the second book, Going Home: Roger.

So what's next? I originally envisioned doing four books in a series. I am currently working on the third one. Having read for the RITA awards in January into February, I was inspired to learn about other genres that I hadn't read as much. Perhaps I might want to branch out. In addition, I find myself wondering whether I might want to go back to traditional publishing. I'm open to exploring, learning and thinking further about new possibilities.♥

Barbara James is an avid romance reader and a former academic writer. Writing romance novels has been a wonderful creative journey. Feel free to follow her on twitter: @BarbaraJames75 or on Facebook: https://www.facebook.com/authorbarbarajames.