HOW SEX SCENES AND FIGHT SCENES ARE ALIKE


Bet you never considered that before, huh? Well they are. In fact, writing a sex scene and writing a fight scene is a lot alike. And getting either one wrong can ruin an otherwise good book. Each of these types of scenes is intense, action-packed, emotional, potentially dangerous, and should reveal a lot about who and what your characters are. They go beyond a simple conversation and reveal more about your characters than they often want revealed. A gratuitous fight scene, like a gratuitous sex scene, is just boring. They have to matter each and every time. They have to add to the plot and/or character development. And that’s the trick with writing erotic romance, to manage so much sex without it getting boring. (Tricky. Very tricky.)

Like a fight scene, sex scenes have to be choreographed. There is nothing more disconcerting than having a heroine swing three different fists at a bad guy, and there’s nothing quite so disturbing as having a hero manage to touch very different parts of the heroine’s body with the same hand at the same time. Also if you’re writing ménage or more stories, it becomes extremely important to remember whose hands and body parts are where. So you must get your choreography right—remember where the various hands and feet are, make sure in edits that there are no extra breasts or penises involved (two breasts only for human women; one penis for human men—if you’re writing about otherworldly creatures with more of these body parts, well, do keep in mind how many they have).

Above all this, however, you must keep in mind the importance of each scene to your characters. In a good, well-written fight scene, characters reveal themselves—their sense of right and wrong, their strengths and weaknesses both physical and mental. They reveal how they feel about life itself by the way they conduct themselves in a battle. Someone who’s killed a lot and is no longer staggered by it will view a fight very differently from someone who’s never swatted a fly before. The same goes for a well-written sex scene. A lot of a person’s character is revealed when they have sex. Both a fight and sex make your characters vulnerable. In this vulnerability, they show the reader who they are and how they are growing.

And that, more than any other aspect of writing these scenes, is what keeps them from being boring. Readers don’t just want to know what body part went where; they want to know how that affects the heroine, and what this experience does to the hero.

Are they changed? Have they gone somewhere they never thought they would, or is this just the kind of place they’ve always wanted to be? Are they angry, hollow, excited, in love, desperate, scared, bored? How they feel is much more important than what they do—especially in character-driven books like romances.

Keep your characters uniqueness in mind and you’ll be sure to create a book readers can’t put down. 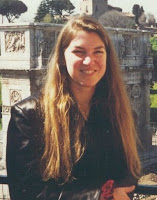 Isabo Kelly (aka Katrina Tipton) is the author of multiple science fiction, fantasy and paranormal romances. Her Prism Award Winning novel, SIREN SINGING, has just been released in paperback from Ellora’s Cave (www.ellorascave.com). For more on Isabo’s books, visit her at http://www.isabokelly.com/
Posted by Native NYer at 6:57 AM