Welcome to RWA/NYC’s HOT BLOG TOUR.
Join us daily for a new ‘Hot” excerpt
from one of New York’s Leading Romance Authors. 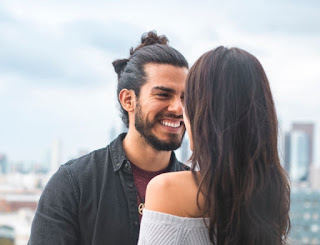 The kiss he placed on her forehead was meant to offer comfort and relay his sympathy, but the moment his lips touched her, the energy between them shifted. He felt the pull and no matter how hard he tried, he could not fight it…not that he wanted to.

They were repeating the scenario they had visited four years earlier after he found his bags, along with divorce papers, sitting outside his house. Too dazed to figure out which direction to turn, Matteo showed up at Bailey’s doorstep. As a friend, she welcomed him inside, offered him shoulder to lean on and a peck to his temple that awakened his desire for her.

Matteo hooked a finger under Bailey’s chin and tilted her head back. In the second before he lowered his head, her eyes darkened with desire.

Their lips crushed against each other and the jolt to his system said the memory he had been carrying from their last kiss had not been an illusion. His heart raced and he became aware of every nerve.

Hers was a kiss that made him want more. But, what he craved and what he could get were two different things.

Being with her would not be a reality. Not only was he off limits to her, she just got out of a relationship.

As hard as it was, he forced himself to break the kiss then step back from her. He stared down at her slightly parted lips and shook his head.

“You’re right. You have the worst taste in men…present company included.”###

Ursula Renée crafts stories with diverse characters who must question their beliefs to find their happily-ever-after. She prefers the early to mid-twentieth century, when people began challenging society's conventions and expressing their individuality.  Ursula loves to travel. After each adventure she returns to New York where she lives with her son and two cats. Visit her at www.ursularenee.com. 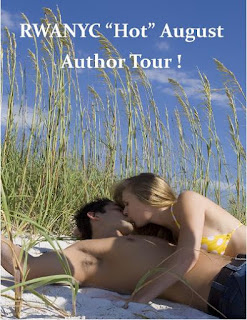 Join us tomorrow for another “Hot” excerpt.