THE BOOTIE AND THE BEAST by Falguni Kothari


NOTE:  This book was just sold to Mills and Boon/Harlequin. Congratulations, Falguni! 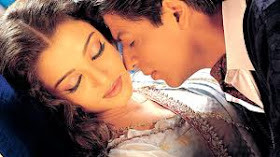 He knelt in the V of her legs and kissed her again, as rough as before. Their teeth gnashed and nipped; lips teased and soothed. He kissed his way down to her collarbone and sucked there, hard. An unholy urge had come over him, to mark her creamy skin like her tattoo. He was greedy. Selfish. Possessive. He was a beast, but she knew that already. She made a sound deep in her throat and clutched his shoulders as he sucked. She pulled on his shirt, tugging it. He couldn’t understand if she wanted the shirt off or him closer.


He took hold of her hips, slid her nearly off the bed and fused their bodies, crotch to shoulders. He pressed forward until they were both lay flat on the bed with her feet by his knees on the floor. He groaned then, grinding his hips into hers, and felt as if everything heavenly and holy resided there, right then, right between them. She moaned and pulled his head down for another scorching kiss.


Then he set about to fulfill every bedroom fantasy he’d ever had of Diya Mathur.
© 2013  THE BOOTIE AND THE BEAST by Falguni Kothari
ABOUT THE AUTHOR:  Falguni Kothari is a New York-based Indian novelist addicted to chai and romance. When she is not playing Domestic Goddess, Soccer Mom or Canine Companion, she is found embroiled in some or other scandal—usually on her laptop. She’s the author of IT'S YOUR MOVE, Wordfreak!andScrabbulous Impressions, a short story. Her second novel, THE BOOTIE AND THE BEAST is forthcoming via Harlequin. Visit her at: www.falgunikothari.com and www.falgunikothari.blogspot.com. Follow her on: www.facebook.com/falgunikothari.author and www.twitter.com/F2tweet